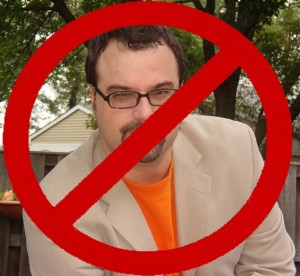 A piece of information that you may already know – You are not J.A. Konrath (neither am I). But that doesn’t mean there isn’t an upside to this fact. Read on to find out.

I salute Konrath on his success. I envy it. But you and I should be under no illusions. When news articles invariably point to Konrath as the example that shows that self-publishing works, I always feel like slamming my head into my monitor. Saying that Konrath is an example of a successful self-publisher is like saying that Radiohead is an example of how “set your own pricing” for music will garner you millions.

Radiohead was a hugely popular band for years before they decided to sell their album In Rainbows direct. They have a massive fan base that are not only willing to throw money at them, but actively seek them out for new music. Like Konrath, they had all this long before they went the self-published route and are, inherently, different from you and me. The industries that they are now shunning actually created them and gave them the ability to be successful without them. Coming from the other side (the “never been published, no one knows who I am” side), means you and I are at a serious disadvantage.

Let’s talk about the less obvious differences between us and Konrath:

Konrath has written a lot of books overall but at least eight of them were published through the traditional publishing houses. Many of the ebooks he has released since were, at least in part, stories that were rejected by the same industry that made him famous. Aside from all the writing he’s already done (and many of us (including me) haven’t), he’s had an insider’s view of the publishing process. He’s seen how they think, how they make decisions, and what they consider. Even if he didn’t agree with everything they did, he still got to see what they did. You and I haven’t. We likely won’t. That experience has to inform him as to what will and won’t work.

Konrath has a reasonable expectation of success. More than reasonable. It isn’t so much an “expectation” as it is a certainty. He’s already selling books. These monies fund additional books. Many of us are working with much lower expectations. Like nothing. We expect to earn nothing (if we are rational about the whole thing). We don’t have an audience, we are putting out one of thousands of ebooks released every year, and we’re hoping that in the next 10 years we’ll find an audience. Hopefully? Konrath doesn’t have to worry about that. He’s got the money to invest. So if a better cover will sell more books, he’ll redesign the cover. If he wants to pay a professional editor (I’m sure he does), he will. And he’ll make his money back in days, not years.

I’m currently researching professional editors. If you haven’t done it, I suggest you at least take a look at it. Will it make your book better? Absolutely. No doubt. But you are looking for an outlay of thousands of dollars. THOUSANDS. While that doesn’t seem like a lot when Konrath is pulling down well more than that each month, it is to you and me. If I decide to go with a professional editor (I’d really like to), I have to consider that I may never recoup that money. At least, not any time soon. And what is the benefit? A better book? Sure. But will it translate to more sales? Will it attract an agent or publisher? Will I suddenly be making Konrath money? Probably not.

As a new, unpublished, unknown self-published author, what can you expect? Reasonably. You can expect that it will be a long time before anyone notices your book. You may get a few sales at first, mostly from family and friends, but it’ll be very, very depressing. If you are lucky enough to get a few of the popular review blogs to accept your book, you can expect to wait a minimum of six months for your first review to roll in. If those reviews are good, you may see a dramatic turnaround in your sales. Maybe not. But maybe. Even then, don’t expect Konrath money. Not any time soon. So quitting your day job? Forget it. You’re years away from that.

Okay, so we’ve established that we are not J.A. Konrath. But I also promised you an upside. I recently had an email from a reader that lamented their sales on Amazon. My standard response (and one that I often tell myself when I’m feeling down) is that the rule of thumb is that it takes 10 years from the time you start seriously shopping your first manuscript before you sell your first book.

Remember that number. Start counting from the time you first published (I’m at a year and a four months). Every sale, every reader, is one more than you would have had if you had gone the traditional route. It’s all gravy at this stage. If it takes you 9.5 years for your book(s) to find traction, that’s half a year faster than they might have if you had gone the traditional route. So stop worrying about sales and keep writing knowing that 1 reader or sale is infinitely more than 0.

The upside of self-publishing is that you are getting something those going the traditional route never had – feedback. Konrath and others had to write knowing that getting published was a longshot often likened to winning the lottery. You, on the other hand, will have people (strangers, not just family) reading your stuff and telling you what they think. If they love it, you know you are on the right track. If they hate it, they’ll let you know what you need to work on in the future. But, however lonely it is writing, it is less lonely than writing for no one. And that, while maybe not as good as having Konrath’s success and money, is something.