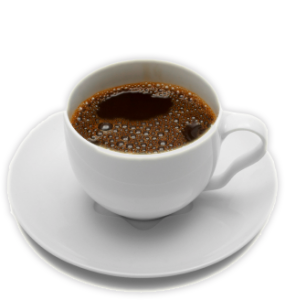 The short answer is that I’m sort of nuts so, when I start something (like writing a chapter or a book), I tend to want to finish it. That means that such “blitzes” are really more a function of some sort of inner desire not to leave something half done rather than any sort of external push or motivation. But that got me thinking about motivation. Why do writers write? More specifically, why do I write? This is likely to be more an existential journey so you may want to grab a cup of coffee for this one.

I think there is a perception, not only from the public but from writers, that writing takes inspiration. Pah! I say. While many would define a “professional writer” as synonymous with a “novelist”, I define it as “someone that gets paid to write” or, in other words, me. If you know anything about me, you know that I write for Audioholics.com. That means that every (work) day I write. If I don’t write for my day job, I don’t get paid. So, when I get up, there isn’t an option for writer’s block. I either write, or I don’t make money. Inspiration be damned.

I take the same approach to my novels. Sure, I need inspiration for the plot, the characters, the story. But only a little bit of that is required to actually start the writing process (and most of that gets taken care of while I’m editing the previous book). If you saw my outline for Bob Moore: Desperate Times (spoilers on the other side of that link), you  know that it is woefully incomplete. I did’t figure out every detail (or even most details) before I started. I need a general timeline with a few plot points and I just go. Inspiration comes.

Do I have to occasionally take breaks to figure something out? Hell yes. Just about every time Ted shows up, I need to stop and figure out what he’ll look like. I spend a great deal of my time when driving thinking about characters and plots. I focus on what I’ll be writing next but also ideas of where this whole thing might be going. Right now, I’m thinking a lot about the plot of the next book.

Which brings me back to motivation. Long ago, I bought into the idea that inspiration fuels motivation. And motivation leads to writing. This translates into an uninspired writer sitting in a corner, nursing a drink, and talking about writer’s block. While I’m not going to get into the entirety of the writer’s block phenomenon, this is certainly one of the causes.

But, as I said, I don’t put much stock in inspiration. That means that, for me, motivation must come from elsewhere.

Irony: Me taking a two week break from this post to be inspired about where my motivation comes from.

Double Irony: I never did figure it out.

I don’t believe I’m any more inspired to write than any other person on the planet. I’ve had some success at it so I’m not afraid of writing, but, when starting Bob Moore: No Hero, there was no “inspirational fuel”. I remember reading something from Stephanie Meyer about writing Twilight. She said that she would wake up in the middle of the night with an idea and had to jump up and jot it down. Now, that may be true, but I hope not. If you are waiting for that kind of external (certainly sounds external to me) motivation, you’ll never write a thing.

Writing, like any sort of work, isn’t about inspiration as much as it is about opportunity. Sit at a desk. Place a piece of paper in front of you or open a document on your screen. Put a pen in your hand or hover you fingers over the keyboard. Now…write! Doesn’t matter what, just do it. Inspiration may or may not come, but if you aren’t in a place where you can take advantage of it, you’ll never have it.

So, what fuels my late night writing blitzes? If I had to give it a name: Desire. I wish to be a writer and therefore I write. I push through the fear of the blank page, the lack of inspiration, and start writing. More often than not, the rest works itself out.