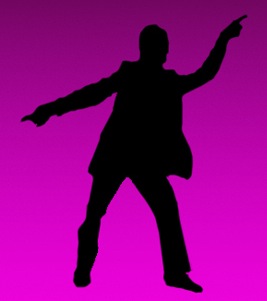 Having children makes you think about the things, people, and events that formed you into the person you have become. I’ve always wanted to be an artist. It’s just something that I’ve coveted. But the only “encouragement” I got was from a college professor that was obviously more interested in my body (at the time) than my ability. So I turned back to what I’d received accolades – writing.

I’m “friends” (the quotes indicate “facebook” or “twitter” rather than real life) with a number of artists. For them, it is all about practice. Anyone can be an artist, they say, with practice. As a father, I think it is more than that. It is a little encouragement at the right time.

That’s why, when my kids try something new, I try to find something to praise. Honestly, there is always something. But I look for it, point it out. I don’t know now what will click with my kids. But I know that they are exploring their abilities. They are trying new things. I try not to be “that” dad. The one that thinks, “Wait, dancing? Won’t that make them gay?” I don’t care what they do as long as it gives them joy. So I encourage. I find the good. Do I point out where they can improve? Sure. But I temper it.

Unfortunately, I know that, whatever I do, it likely won’t matter. I’ve had conversations with my parents about the things that most shaped me as an adult. The things they thought were important, I can’t remember at all. The things that stand out in my memory as defining moments are completely missing from their recollection of my childhood. That’s the way it is. You can’t predict what will stick in a person’s memory.

As a parent, though, I have to try. I may fail. But if I don’t try, I’m not doing my job. I saw my sons dance in a school performance this week. My eldest really took it on. He really tried. While the rest were looking at the instructor, he was doing it from memory. I was totally floored. Do I think dancing is his future? Probably not. But if that’s what he wants, I’m behind him all the way.

One thought on “Following the Applause”