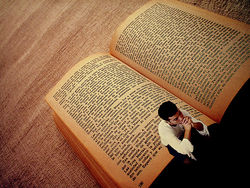 I came across a post on one of the creative writing forums from a member that was looking for a beta reader. Or readers I suppose. I don’t know. The genre and plot interested me and the member had a respectable number of posts. Not a lot, less than 100 for sure, but enough that I knew they had contributed. Rather than post on the thread directly, I went ahead and PM’ed (private messaged) them. They sent me the first two chapters of their work, which I edited and returned. They then sent the next three chapters, which I again worked on. After that, I gave them some overarching comments (things that needed to be addressed in what I’d read so far) and let them know that I would look at their revised chapters when they were done with them. This experience was as much a learning experience for me as (I hope) it was for them. They learned about where and how to improve their story. I learned a few things about being a beta reader. Here’s what I learned. Just so no one is confused, this is not a definitive list. I’m sure I have much more to learn and can’t wait to do so.

First, definition. A beta reader is what most people would call a proofreader. These are people who read a manuscript for multiple things. It isn’t just spelling and grammar (though these are certainly important), they’ll look at plot, characters, flow, voice, continuity, and more. I’ve found (mostly because I’ve worked with non-professionals), that each person has their strong and weak points. When I contacted the author, I told him that I could look at plot, characters, and “believability.” Some have told me that I’m good at dialogue as well, though I’ve always felt it was one of my weak points.

You need beta readers because you can’t catch all the errors. A computer can’t catch them all (not even the spelling/grammar ones which, by comparison, are easy next to plot/characters/continuity/etc.). You have to have someone else look over your work. A good beta reader will not only correct your obvious mistakes, but also let you know where your manuscript is weak. Is it drawn out at certain points? Did you forget that a character had left his coat at home? Could you shorten/eliminate whole sections to tighten up the story? These are the things a beta reader can do for you. Now, a few things you can do, as a beta reader, to help the author.

It is one thing to read for enjoyment. Being a beta reader means a lot more. If you are reading for grammar or spelling, you have to pay attention not only to the content but the usage. This is not my forte. If you’ve spent any time on this site, you know that. When I offer to beta read, it is for plot, characterization, continuity, etc. That takes a lot more than just reading. You have to pay attention. Question everything. And, often, pose those questions to the author. Hopefully, through your questions, they’ll figure out how to fix their story.

It is hard, as an author, to put your own voice aside. Just because someone words something differently than you, doesn’t mean it is wrong. Or less right. It’s just different. Remembering to try to put your own writing idiosyncrasies aside is important. Read what is there with as little judgement as possible. You don’t like the character? Who cares? Not all characters are likeable. Don’t like the word choice? Ask a question about it. Don’t change it just because you think you have a better vocabulary. They very well may have a reason for their word choice that you don’t yet know.

I like it when people use track changes for grammar/spelling/tense and use comments for word choice/plot/character suggestions. I find myself resistant to word choice changes that I perceive to be stylistic. If I see suggestions for different words in the comments in the margin, I’m much more open. I love it when people ask specific question about how something works. Sometimes I fine with them not knowing, others, it is a cue that I need to make things clearer. Often, what I think is obvious, isn’t to a reader. That’s important to know. The more specific you can be with your suggestions/questions, the more help you’ll be.

Invariably, you’re going to get a document in front of you that you think is unsalvageable. It’s a complete redo. There can be thousands of reasons but, remember, you’re just one person. You very well may be wrong. So don’t be “that guy.” You know, the one that completely takes the wind out of somebody’s sails. The one that seems to make themselves feel better by crushing the dreams of other writers. It isn’t nice, it isn’t fair, and frankly, it is just plain evil.

We all started somewhere (I’m starting right here for example), and no one started off writing masterpieces. Taking the time to word your recommendations so that the fledgling author has, not only an understanding of the problems, but also has hope for improvement, is the goal. I’m not advocating the proverbial “compliment sandwich.” Instead, I’m suggesting thoughtful temperance. There is good in there, find it and point it out.

5) Know When to Say When

Your job as a beta reader is not to re-write. You’re there to polish. You may get to the end of a document, hit save, and return it to the author. Or you may get to a point, realize that you can’t go much further, and send it back with only partial edits. That point comes when the changes that (you think) need to be made to the document will negate any further suggestions you may have. It’s a fine line but, the minute you cross it, you start wasting your time.

How many times have you had someone say, “I’m not XX, why would anyone care what I think?” Let me tell you, I care. And so should every author. If you are a reader, you count. I hope that every single reader, regardless of reading proclivity, enjoys my book. What I don’t care about is whether or not they “get” every single nuance. Personally, I find the things that people “get wrong” about my stories as informative to the writing process as those that immediately understand everything (and, often, read into my writing more than I ever intended). While it may be a single experience of a single reader, it very well may be that I’ve assumed something about the readers that just isn’t true.

Case in point, my wife, when reading the draft of Bob Moore: Desperate Times, was confused by the term “henchmen.” I thought it was a word most people would know. With the glut of super hero movies out there (Mystery Men being the one that comes to mind where it was used the most), I figured everyone knew what a henchman was. Well, she didn’t and, I realized, not everyone would. So I added a line or two and I’ve now ensured that this particular item wouldn’t confuse anyone else. Would my other beta readers have picked it up? Maybe. But probably not. Inexperience with a subject can, in my opinion, make your opinion (or more likely, confusion) on a book than those that have been fans for years.

So, what about you? What have you learned about being a good beta reader? Better yet, what do you find most helpful when working with beta readers?

3 thoughts on “Being a Good Beta Reader”